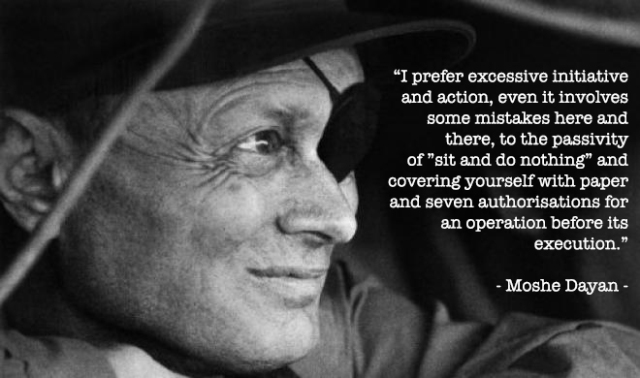 My understanding of history and my numerous visits in Israel nourished my conviction that – confronted with continuous and lethal threats since its rebirth in 1948 – this country would not have survived without the capacities of the Israel Defense Forces (IDF).

A recent article by Raphael D. Marcus in the Journal of Strategic Studies has brought yet another proof to support this assertion.

In July 2014, Israel was forced to launch Operation “Protective Edge” to counter Hamas murderous attacks on Israel from Gaza. Along the way, IDF would have to turn on a dime, since “[…] Hamas had developed an extensive network of tunnels, with some designed to infiltrate large numbers of fighters into Israel to kill or kidnap soldiers and civilians.”

If it was to be victorious, IDF needed to cope with the new reality. And, based on a “[…] leadership style that is open and dynamic [and] which improves its ability to learn and adapt” – in the pure German military tradition of Auftragstaktik – it did just that, relying on the autonomy, creativity and audacity of its human capital – its boots on the ground.

The Yahalom Unit (the main unit with expertise in underground warfare) was therefore tasked with the development of the operational response to Hamas tunnel warfare and to share its expertise with other units on the ground. The forces active on the theater of operations could then implement the lessons learnt and improvise the actions to be taken to destroy the tunnels and neutralize the enemy.

At the end of the day, the unconventional mindset of the IDF was the best asset to prevail over an irregular enemy that will never stop seeking to hurt Israel. In the words of a former Bridage Commander involved in the 2014 war: “Surprises are part of war. The question is who recovers first.”

I just loved every page of that excellent article, which I recommend to anyone interested in learning how the best military minds craft victories.